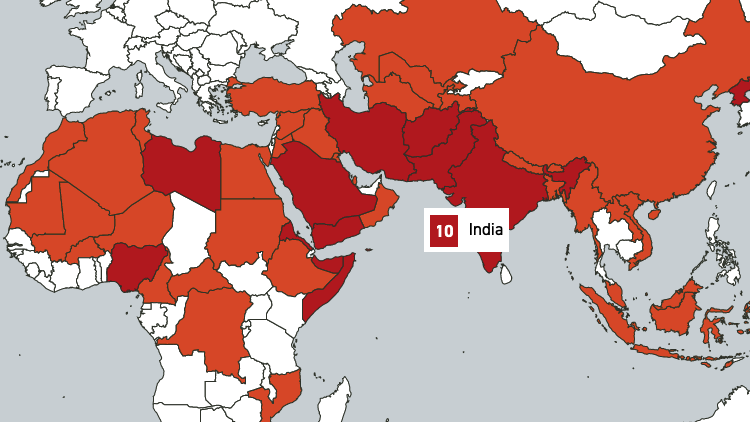 I have been watching the Open Doors Watchlist for the last 4 years from 2019, India positions itself in the unchanged 10th.[1] Other countries in the top 15 are not surprising to me. All of them are either politically displaced or Radical Islamic countries. But India is still the world’s largest democratic country in size. Why is a democratic country placed in the top ten regions in the world for Christians to live in danger?

An unofficial report shows India has a Christian population has around less than 5%. Why of suddenly did Christians become a threat and target to the majority Hindu right-wing regime? or it is just a political game to corner Christians so that gain ruling power? What is a real threat from minority religion Christianity from the Indian subcontinent?

After all, it is all worrying factors for Indian Christians to live in fear. What did we do wrong against the constitution? We follow it so far, find no reason to rebel against it. And the constitution gives every citizen to follow and practise any faith they want. It is not discrimination against constitutional laws. However, there is a pattern in which Christian communities are attacked mostly. They are Dalit and Tribal Christians who possess low socio-economic background.

The rise of right-wing Hindutva party BJP through Modi as the Prime Minister did boost hatred toward minorities Muslims, Christians, Dalits and Adivasis. There are many countless incidents happening every day, which are mostly omitted by many major national media and brought to attention by many small internet media.

Jesus did warn his disciples, not a peaceful life being a Christian but he did the opposite by giving a warning that there will be persecutions as His followers (John 15:19–20). Does this mean Christians have to accept reality and make no complaints? But the Indian Constitution affirms free speech and freedom to practice any belief system its citizens prefer. When Christian stand at the receiving end of persecution just accept it by following Scriptures or fighting by the privilege given by the Constitution? I don’t think here we cannot confuse it with Scriptures vs Constitution. But the Constitution gives us human dignity and respect, and a way to oppose the denied privilege to practise a religion. It could be any faith, in this case, Christianity. Facing the violence with non-violence, a Biblical path, a path of Jesus laid before us and helping the vulnerable to stand and fight and fight with them.