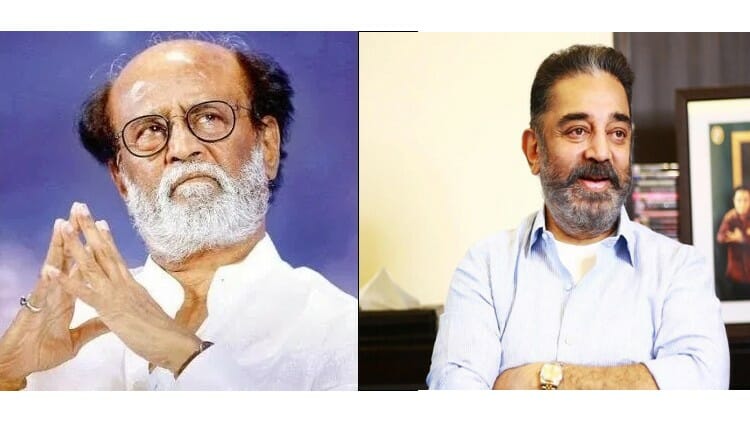 Two south Indian movie stars Kamal Hasan and Rajini Kanth are ready to be the next CM of Tamilnadu. Kamal has already started the political party and Rajini is saying he is going to start a political party soon for the past two decades. Both of them are well-known actors and have a huge fan base. Even now, they are at their pinnacles in the movie industry, no questions on that.

Rajini’s age is over 70 years and Kamal’s is almost 70 years. Though their stardom in the cine field unquestionable their entry into politics on a grandpa age makes you think “Why now?” What is seen on the big screen is not real, but politics is surely not fiction.

One more important point to notice is that the two tycoons of Tamil politics M. Karunanidhi and J. Jayalalitha are no more. When they were present, these two movie stars kept their close equal allegiance with them as artists. They never spoke seriously about entering politics and presented a picture that politics is a mess and it was not their cup of tea.

Both Kamal and Rajini in a position to receive life-time achievement movie awards and they seem to deserve it based on their long hall consistent movie productions. And they received it many times. But when it comes to politics they are freshers. Their past experience cannot be appended to a new career. For example, a doctor can become an engineer, but his/her experience as a doctor cannot be counted to experience as an engineer.

I cannot remember a single movie of Rajini and Kamal portraying a social-justice cause on their movie. Their movies are purely an entertainment genre, focused on mainly making blockbusters and make their pockets heavier as possible. Rich actors who are never been out on the streets other than movie shooting spots, always an assistant protects their skin from the sunburn using an umbrella, enjoyed air-conditioned caravans, and now entering into politics in their retirement age. Their skins going to get more wrinkles, their bones are going to wearier, they are going to lose their eye-sight, taste buds and their immune system will be downhill. Why don’t spend their remaining life in caravans and holiday resorts? The retirement age in India is 60, Rajini and Kamal are in their 70s. Or will it be a repeating story of south Indian actors Sivaji Ganesan and Chiranjeevi?