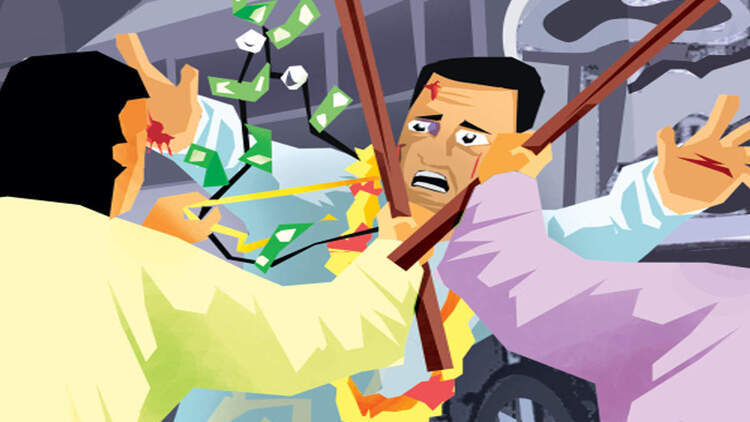 Discrimination against Dalits became regular news for the last few years. A few months back in a video, a Dalit groom has been beaten up for hiring a horse ride. The mob who attacked justified their action and said to the groom, “you got to know your place and you cannot celebrate like us.” Though the beaten-up-groom spent his own money, some caste-Hindus took an effort to stop his celebration. Many stories like this are piling up in Indian tabloids every day. For Dalits, it is an unending story even though the ruling party claims itself as a guardian angel for Hindus. Let’s have a quick examination of various factors of untouchable treatments and how we can address using a biblical perspective.

Firstly, Hindu sacred-texts clearly portray a tier system or a caste hierarchy among Hindus dividing them into four major sections Brahmin-Kshatriya-Vaishya-Shudra, and Dalits do not fit under any of this. In other words, Dalits are outcastes or avarnas who lie outside the Hindu’s hierarchical design. Moreover, Dalits are Hindus on the one hand, they are untouchables under the Hindu law on the other. One of the famous quotes of Dr. Ambedkar, “Though, I was born a Hindu, I solemnly assure you that I will not die as a Hindu” assures that Dalits are never going to receive an upgrade on their status-quo within Hinduism. Ambedkar strongly believed it and justice only possible outside Hinduism. He led many mass conversion rallies of urging his followers from Hinduism to Buddhism.

Secondly, the so-called Untouchables or Dalits who face untouchable treatments and discriminations are most-likely carry a low grade on their socio-economic status. Even though the Scheduled Castes and the Scheduled Tribes (Prevention of Atrocities), Act 1989 (“SC/ST Act”) stands beside Dalits to receive justice, many are not aware of it. Still puts them in a vulnerable position since their daily income relies on caste-Hindus (who happened to be their oppressors). Their Meagre salary and uneducated background bring hesitation to fight against injustice. Dalits who live in rural areas and slums certainly need outside help. Without help, atrocities against Dalits leads many students like Rohith Vemula to end their own life. Elite castes mock the reservation system and its recipients rather than learning its reasons and the history behind it.

Thirdly, Indian Christians consist of believers who came largely from the Dalit background. Up to 70% of Indian Christians possess an untouchable backdrop. The question is that becoming Christians improved their status-quo? Some say “Yes”, their image in the society changed enormously. On the other hand, the Dalit liberation theology informs a different story that how Indian Christian theology is an adapted version of Hindu Brahminism and many converts’ socio-economic situation unchanged even after becoming Christians. Many Dalits face an unfairness inside Churches from caste-Hindu converts. Moreover, Dalit Christians lose the privilege of Indian Government reservation schemes upon Christian proselytization.

Finally, so far, being an untouchable within a Hindu or a Christian proselyte, behavior toward Dalits is not changed much. However, from a biblical perspective addressing human creation would shed a light on untouchable treatment. In Genesis 1:26-27, God created both men and women in his image in contrast to Hindu God’s imbalanced human creation. Though animals and humans were created on the same day, humans resemble God and power vested upon every man and woman with equal dignity and respect. When early humans sinned, God promised a savior in Genesis 3:15, became human, and died on the cross for all people. Churches as an agent of Jesus failed to address untouchability many times. However, when the Gospel seed is sown in human hearts, it eradicates hatred, indignity, and disrespect of barren land but creates an oasis of love, dignity, and respect among each other.

Overall, untouchability toward Dalits does exist among Hindus and Christian proselytes. However, only the gospel grace message of Jesus can transform human hearts and abolishes the unfair untouchable treatment on Dalits.