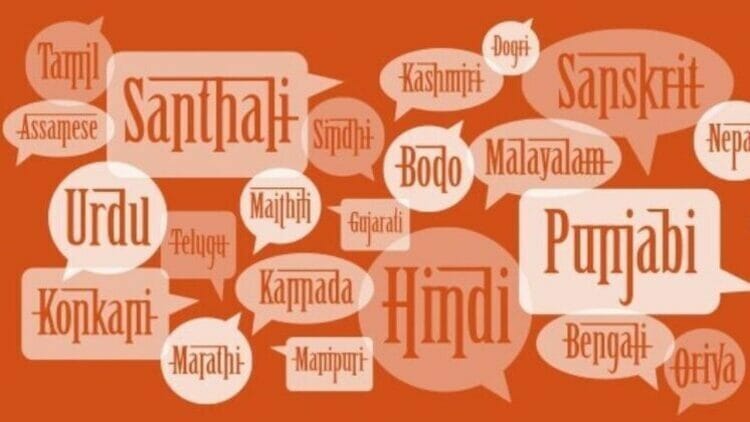 HSNI: Do you speak Hindi?

HSNI: Why you are not speaking in Hindi?

TSSI: Mm-hmm…Tamil is our national language

TSSI: What you searching for?

HSNI: I am not searching for anything, (After 2 minutes) Mumbling…

TSSI: Got any findings?

TSSI: Yes, that is true.

Both National Parties of India Congress and BJP are in favor of Hindi to introduce it as the national language. One of the common arguments is that majority of Indians speak Hindi, so it is an easy verdict to assign Hindi as the National Language of India. Five decades back, former Chief Minister of Tamil Nadu and Member of Parliament CN Annadurai said, “It is claimed that Hindi should be the common language because it is spoken by the majority. Why should we then claim the tiger as our national animal instead of the rat which is so much more numerous? Or the peacock as our national bird when the crow is ubiquitous?” Forcing Hindi on south Indians would prove to be disadvantageous to them and advantageous to native Hindi speakers. On the other hand, he said, by retaining English, the advantages and disadvantages would be evenly spread among Hindi and non-Hindi speakers.

According to the 2001 Census, 52 crores* out of 121 crore people identified Hindi as their language. About 32 crore people declared Hindi as their mother tongue. This means that Hindi is the language of less than 44 percent Indians and the mother tongue of only a little over 25 percent of people in India. But there has been a greater push for making Hindi a pan-India language.

As a South Indian, I think Hindi is a beautiful language so as my Tamil and any other Indian language. Even a language is spoken only by a few thousand, it is a language to be respected equally. Let’s work on an agenda that benefits the whole country, and is, please do not impose Hindi on any non-Hindi speaking states. Especially, please do not ask “Why you are not speaking in Hindi?”, more importantly, Hindi is not a national language. The truth is India has no national language(s) but only official languages. The solution of having English as a bride language is working so far.