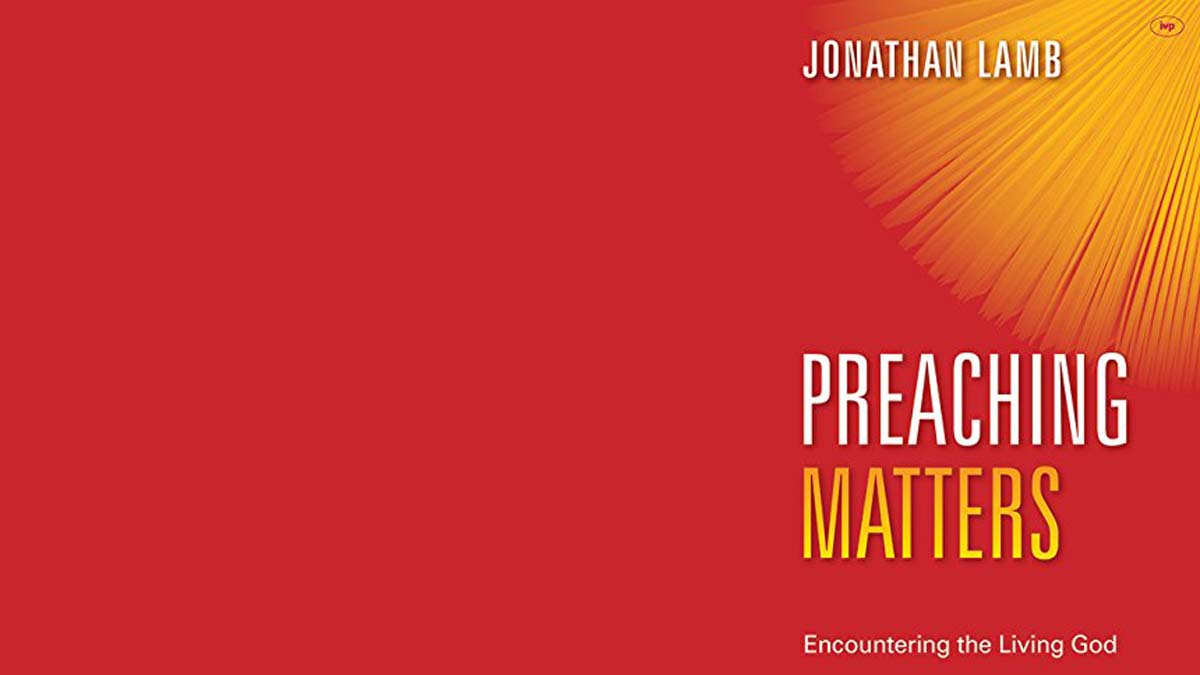 In this essay, I am going to consider John Stott’s statement “the essential secret is not mastering certain techniques, but being mastered by certain convictions” along with some elements of Jonathan Lamb’s book Preaching Matters and carry out a personal evaluation of both.

THE WORD OF GOD

Lamb’s book begins well by conveying a conviction to its readers that the Word of God is the focal point of preaching and everything else revolves around it (p.26). It is a fixed statement. In other words, a complete surrender to the authority of the Word of God to study and understand is the most important element in a minister’s life (p.29). Many times, churches, Christian conferences and even seminaries in South Asia display the pictures of the preachers and teachers on their posters. Preachers became the poster boys like on Bollywood banners even though some ministers do not aspire such advertisements. The worldly aspects become the central point and not God’s Word. When it comes personal, I have to consider my home CSI congregation. In there, Bishops and Clerics occupy the spots on ad-boards. Some Bollywood movies only run for its main actor rather than its story or screenplay. Similarly, believers attend churches for the preacher not for teaching. There is no much difference between how the world and church function?

Secondly, something is wrong when a new-comer to a church never finds the church any different after attending it. Sermon time became a nap time for many. God’s Word is shadowed by so-called godly-ministers. In many cases, a cleric post only considered as a livelihood option. An ordained CSI minister mostly gets a congregation with a house and basic pay. It is viewed as a lifelong secure job, villagers regard them as a god-man and the minister gets a tithe of every firstling. I believe that I am qualified to speak since I hail from that denomination and some clerics are related to me. Their job takes over the spot of the Bible and clerics become people-pleasers rather than God-pleasers. One of the main ingredients of preaching is integrity which is missing as the Word of God is solely used to bring feel-good words among hearers, not the biblical truth (p.32).

So far, I couldn’t agree more with Lamb’s writings on his theological claims, but when it becomes personal, I have no other choice than evaluating my home church since I am very fresh to preaching. Currently, the preacher is the source of the church’s ripple effect waves rather than of God’s word. Steps on praying God’s Word and understanding God’s Word looks irrelevant when the centrality of God’s Word is missing. Next, we will see how Lamb deals with the technique of sermon preparation.

A decade back as an engineering student, our course consisted of lectures for four days and a day of practice in a week. Many of us felt, one day in the lab is not enough. There are lots of confusion and not confident enough to practice everything we learned after course completion. The same thought was buzzing over my mind before reading the book Preaching Matters. After reading the book, clarity arose and removed my doubting thoughts on this book’s pragmatic approach. This book is completely practical along with theory. From the beginning to the end of the book, the application is flowing with the passage Nehemiah 8:1–12. Most importantly, Lamb initiated it with the original biblical context and making it relevant to the current context. He used Ramesh Richard’s “Scripture sculpture method” which executes in three steps from a passage: Identify the heartbeat message, build a message structure like a bone arrangement, and stuff it with content such as flesh and blood covers the bone. It is simple and practical. This book can serve the people like me who never had a full-time ministry background on preaching and also helps to address beliefs and traditions which I carry from my past secular work. In my church context, every minister has a seminary education and sermon structure is never has been an issue but the conviction is as we discussed in the previous section.

Secondly, the preacher is a mediator or bridge between the Word and the world. Though the Bible is the Word of God, it is given to the human in a language that an individual can understand. “There are three people in the pulpit when the Word is preached”, Chris Wright suggests (p.133): 1. The preacher who studied and understood the passage 2. The Holy Spirit uses the preacher’s words to speak to the people’s heart 3. The original author who wrote this book under Spirit’s inspiration. So the preacher should remind himself/herself often, is the original author would agree with his passage interpretation? In software development, we call it a user-friendly approach. The coder’s prime task is to create an application using the complex technological entity. The consumer sees only a friendly screen with buttons not the complicated programming languages behind it. The same logic I have to use it for sermon preparation by keeping the audience in mind. Most importantly, preachers’ relationship with God is the most important aspect than his identity.

Sometimes it is easy to judge a bus driver from sitting on a passenger seat. So far, I did my part as the passenger but one day my journey will start as the bus driver.

This book helps to connect God’s Word and the world however but the primacy goes first to the Word, the world comes second and the preacher helps to bridge the gap between them. My home church’s root conviction on the Bible’s authority is shadowed with a worldview and a preacher should hide his identity and consider only to proclaim the Word of God alone in the world.