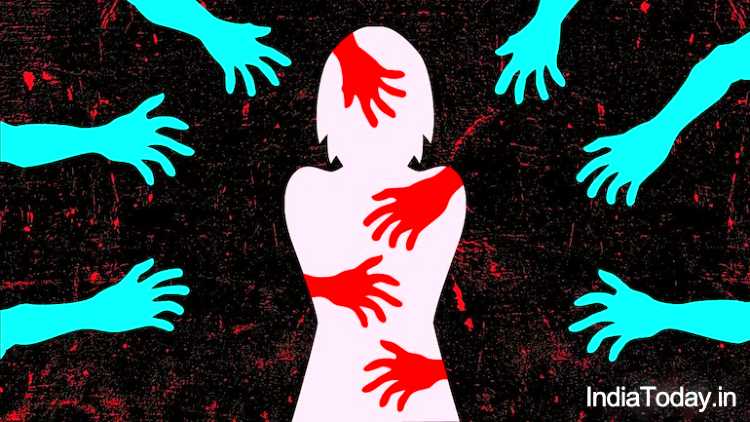 Manisha Valmiki, a 19-year-old Dalit girl was from Hathras, UP was brutally gang-raped and assaulted by four upper-caste Thakur men on 14 September 2020.

2. Found lying on the field bleeding and naked

The incident has happened when she had gone to collect fodder for the cattle. She was found by her family in the fields, naked, bleeding, with multiple fractures and a slash in her tongue.

3. Police took a complaint only after 8 days

The police claimed her tongue was cut because she bit it while her attackers were trying to strangle her. Her family gave a formal statement on 22 September 2020.

4. Died in the hospital after 15 days

5. Cops burned the body against the parents will

On the same day, the UP police cremated the girl’s body amid protests as the family members said they were not allowed “a last look” at the corpse and did not allow to perform the last rituals instead they were under the house arrest.

6. Mourning and scared Father of the victim

“Our daughter’s rape has laid bare the caste inequality and the discrimination that the Thakurs practice in this village. Because of this, we are not safe. We must be given security, or we will have to leave this village for good” – Manisha’s Father.

7. The UP police claims, there was no rape

On 01 October 2020, a Senior Police Officer from Uttar Pradesh declared that a forensic report of Manisha’s viscera had proved she was not raped or gang-raped but died due to her neck injury.

Many reports suggest that the UP police initially did not want to register a case against the four accused, all of whom belong to the “dominant” Thakur caste. At the same time, a member of the ruling party dismissed the existence of caste-based discrimination in the village and denied that the incident of gang-rape had taken place in Hathras.

“Women of Dalit communities are more vulnerable. They are under tremendous social pressure because of their caste. They hesitate to report rape cases. No one in the police station listens to them in most of the cases, even if they dare to lodge an FIR. This police apathy is mostly because of them being from the lower caste. It is high time to have a gender sensitization drive for police at every level” – Yogita Bhayana, People Against Rapes in India (PARI)

According to the National Crime Records Bureau (NCRB) 2019, nearly ten Dalit women are raped every day in India with Uttar Pradesh and Rajasthan are recording among the highest numbers. From the reported rape cases in Uttar Pradesh, 18 percent of victims are Dalit women.